Over the last decade, Moving Windmills has transformed the lives of residents of Kasungu, Malawi, and inspired a generation of creative problem solvers.

Now, we have an ambitious new mission and vision… 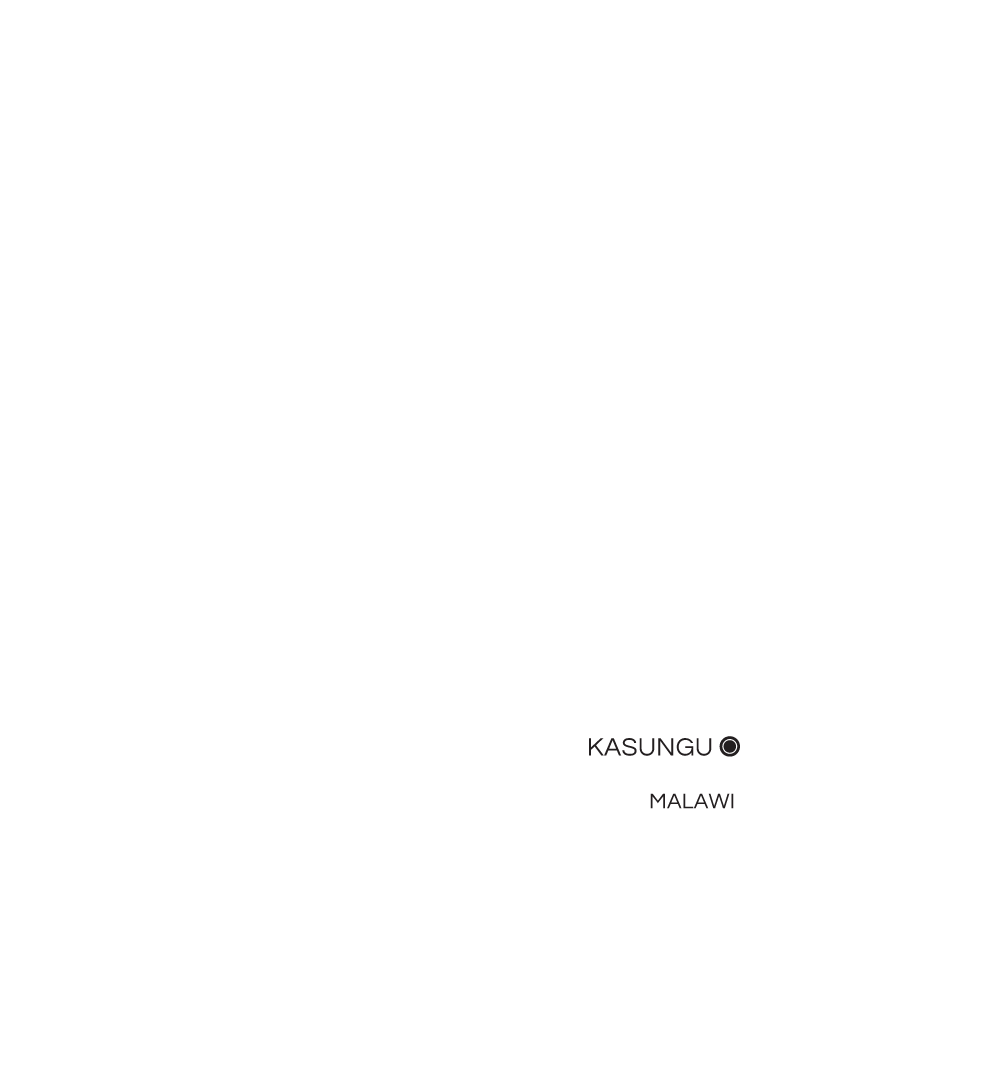 Inspired by the work of William Kamkwamba, whose curiosity and inventiveness helped save his family in Malawi from famine, Moving Windmills Project was founded in 2008 to build community and empower problem solvers. We work in partnership with local leaders and resilient farmers to secure a viable future for Malawi’s families.

For over a decade, Moving Windmills has:

The populace is expected to double in the next 20 years, testing an education system that is already under-resourced.

Over 80% of Malawians are subsistence farmers, yet agriculture curriculum uses multiple-choice questions that test a student’s English more than improve farming practices.

Climate change is bringing added challenges: In Malawi, flooding and droughts can happen in the same season.

67% of eligible Malawians will not finish primary school

80% of Malawians are subsistence farmers

Phase Zero is designed to inspire and uplift communities throughout Kasungu while creating a pipeline of talented youth to drive innovation. In collaboration with local community leaders and schools, we identified what Malawians most want to see and are working hard to make it a reality.

Phase Zero will set the stage for continuing innovation by focusing on four major priorities: Our new solar panels are finally through quarantine and ready to install. Help us make it happen… An ambitious new mission and vision…

Now, we’re embarking on a campaign to build our most impactful project yet: the Moving Windmills Innovation Center. This hands-on, collaborative-learning center will be a space designed to inspire African innovators.

Here, young people will find the mentorship, tools, skills, and agency to address the complex problems unique to their communities. Our team of mentors will guide them to ideate, co-create, and implement simple solutions that change lives and ease burdens.

The Innovation Center will: Your support is greatly needed and appreciated.

Donations will also help ongoing projects such as our School Solarization Initiative. If you or your company can offer larger support, please contact Olivia Scott Kamkwamba directly, olivia@movingwindmills.org

When William Kamkwamba was 14, Malawi suffered a severe famine. His family could no longer pay his school fees, and he was forced to drop out of high school. While staying home, William remained curious and inventive and worked with the village librarian to stay engaged with his studies, especially science. Working from just one photo in a U.S. junior high school textbook book called “Using Energy,” he reasoned out how to build an electricity-producing windmill from spare parts and scrap, despite having no instructions.

William’s inspiring story is told in his New York Times bestselling memoir The Boy Who Harnessed the Wind, co-authored with Bryan Mealer, and in the Netflix film adaptation, directed by Chiwetel Ejiofor, which was awarded the Alfred P. Sloan Prize at the Sundance Film festival. Since its debut, William’s book has been published in two additional editions, a young readers version, and a children’s book. The autobiography has sold more than 1 million copies and been translated in nearly twenty languages worldwide. William has been featured on The Wall Street Journal, Nyasa Times, The Daily Show with Jon Stewart, and Good Morning America with Diane Sawyer.

After graduating from Dartmouth College in Environmental Studies, William began work as a Global Fellow for the design firm IDEO.org. William is an entrepreneur, TED Fellow, and has worked with the WiderNet Project to develop appropriate technologies curriculums focused on bridging the gap between “knowing” and “doing” for young people in Malawi and across the world. William splits his time between the U.S. and Malawi and is currently working full-time with the Moving Windmills Project to bring the Moving Windmills Innovation Center to life in Kasungu, Malawi. 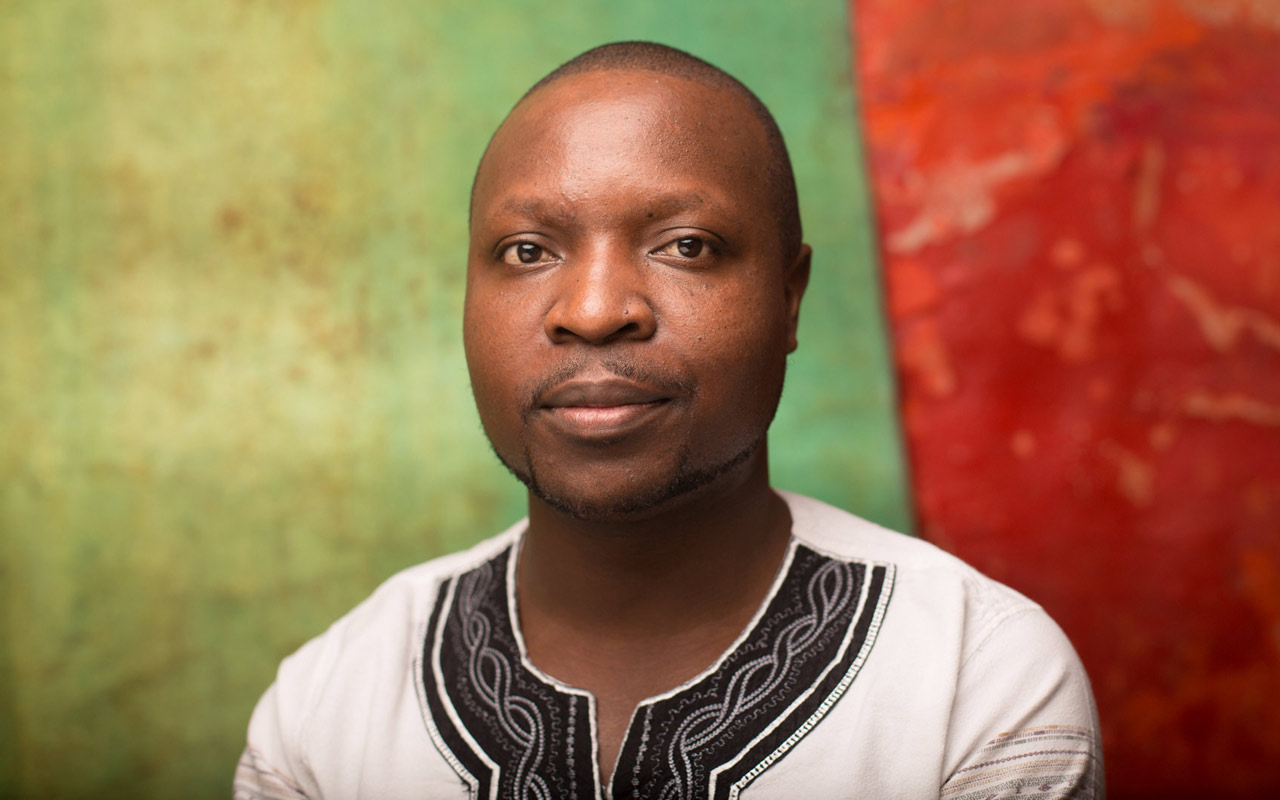 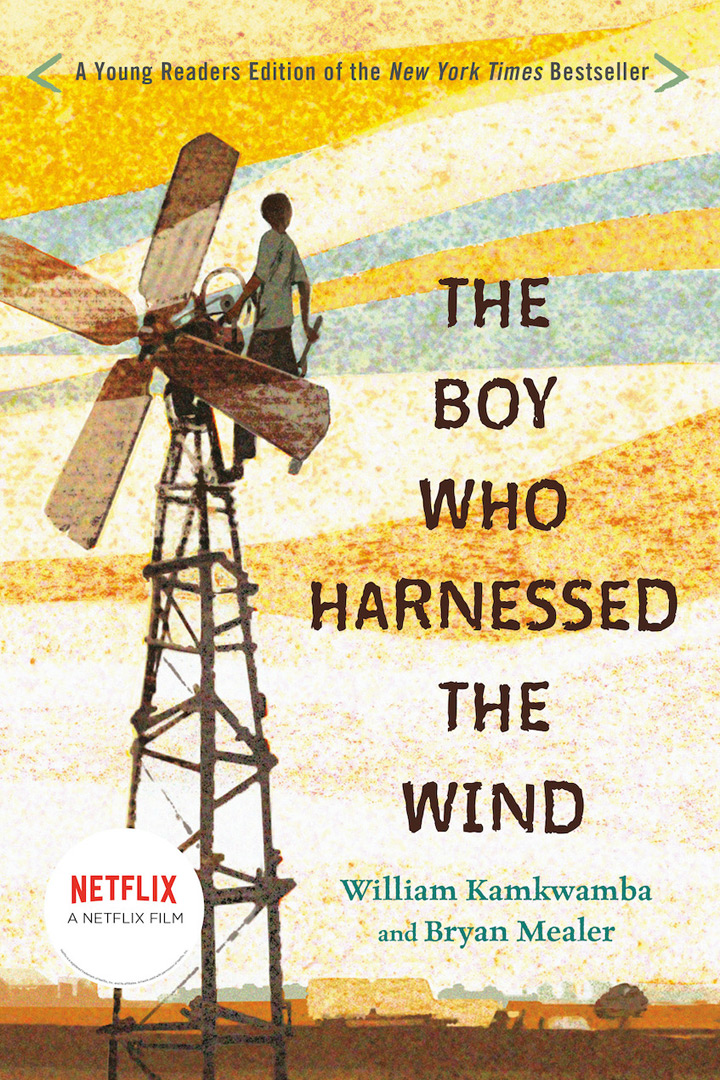 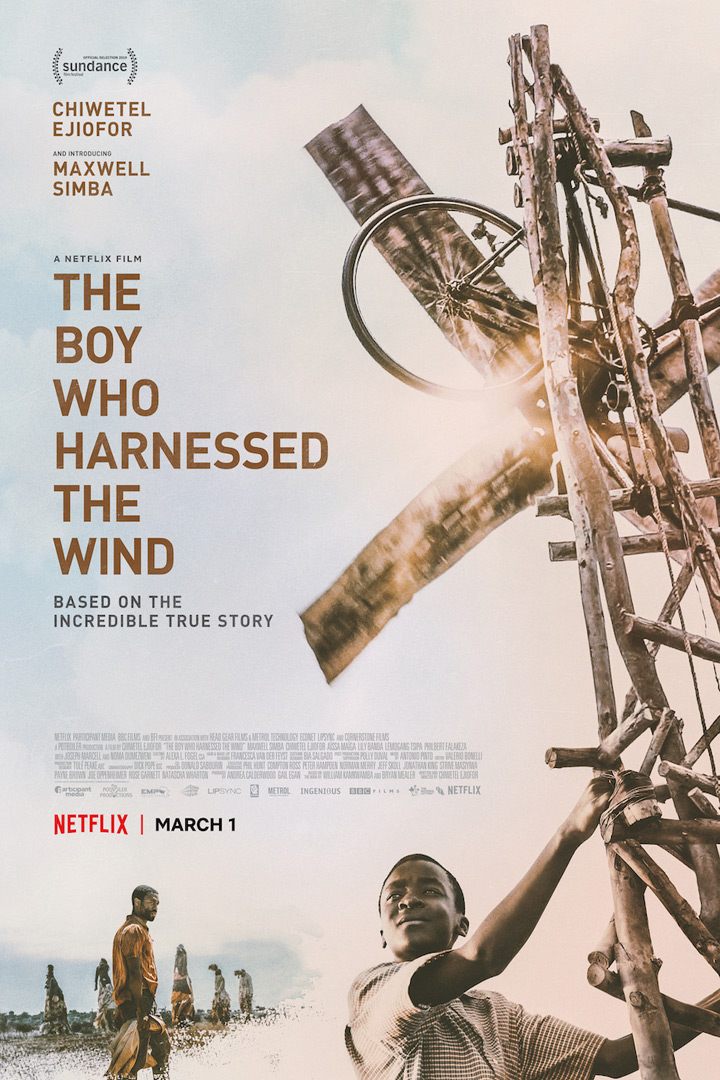 The Boy Who Harnassed the Wind was adapted into a feature film by Netflix, directed by and starring Chiwetel Ejifor, with Maxwell Simba starring as William.

When a terrible drought struck William’s village in Malawi, his family lost all of the season’s crops, leaving them with nothing to eat and nothing to sell. William began to explore science books in his village library, looking for a solution. There, he came up with the idea that would change his family’s life forever: he could build a windmill.

William dreamed of bringing his small village the luxuries that only two percent of Malawians enjoy: electricity and running water. His neighbors called him misala — crazy — but William refused to let go of his dreams. With a pile of once-forgotten science textbooks, some scrap metal, tractor parts, and bicycle halves — and armed with curiosity and determination — he embarked on a daring plan to forge an unlikely contraption, a small miracle that would change the lives around him.

The Boy Who Harnessed the Wind is a remarkable true story about human inventiveness and its power to overcome crippling adversity. It will inspire anyone who doubts the power of one individual’s ability to change his community and better the lives of those around him.

Some curriculum resources are gathered here.

For press and other info about the book, please click here.

Donations will also help ongoing projects such as our School Solarization Initiative. If you or your company can offer larger support, please contact Olivia Scott Kamkwamba directly, olivia@movingwindmills.org